Condensed milk is strongly linked to Switzerland's industrial history. The first factory in Europe was built in Switzerland. And HOCHDORF has been producing condensed milk since 1905. Although invented in France, it was two American brothers who introduced canned milk to Europe.

People have always been resourceful

Preserved food has ensured our survival for thousands of years. The excesses of a season’s produce quickly become a scarce commodity a few weeks or months later. It’s the same with milk. Cows produce more milk in spring than they do in autumn. In addition to seasonality, there was another problem in the past. It wasn’t yet possible to keep food refrigerated. And as we all know, milk at room temperature quickly becomes unpalatable.

But people have always been resourceful and the "white gold", as milk was also known, was quickly recognised as something too precious to waste. As early as 5000 BCE (1) there is evidence that fresh milk was preserved in the form of cheese or, as Marco Polo wrote in his travel notes in the 13th century, later as a kind of dry milk (2). Marco Polo observed how the Mongolian and Tatar equestrian peoples dried their milk to a dough-like mass.

Industrialisation in the 19th century added new, refined methods of preserving milk, for example in the form of condensed or canned milk or milk powder.

Invented in France and brought to Europe via the US 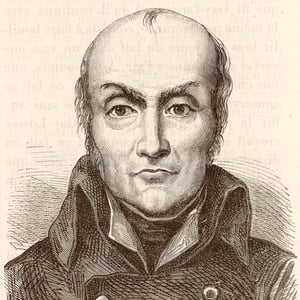 Condensed milk was invented by the French confectioner and chef Nicolas Appert. He founded the first canning factory in 1804 and produced condensed or canned milk for the first time in 1827 (3). But his product fell short in terms of taste. In 1835, the English researcher William Newton came up with the idea of adding sugar to milk to ensure its shelf life (4). He filed his patent in the same year but never used it.

The real breakthrough in industrial production came with the American Gail Bordon, who developed a procedure for the industrial manufacture of condensed milk. He was granted the corresponding patent in 1856 (5). In 1864 he founded the New York Condensed Milk Company, which processed around 75,000 (6) litres of milk a day into condensed milk.

The first condensed milk factory in Europe was established in Switzerland – in Cham in the canton Zug. It was founded on 9 August 1866 by the American brothers George and Charles Page under the name of the Anglo-Swiss Condensed Milk Co. Charles Page often travelled for business in Switzerland in his role as American Vice Consul – and saw the many cows. This gave him the idea to produce condensed milk from Switzerland for the whole of Europe. The production machines were procured directly from the US and taken to Switzerland. In the first year alone, the factory produced 137,000 cans (7) containing 450 grams of condensed milk, putting it in the black from the start.

Large customers such as hospitals in particular appreciated the condensed milk because of its long shelf life.

This meant all hands on deck for the company – and the 43 or so farmers with their 263 cows (7). The success of the Page brothers quickly brought imitators onto the scene. In 1872 there were already 25 condensed milk factories in Europe, including at least six (8) in Switzerland. However, many of the companies had to be closed down quickly due to quality and financing problems or were acquired by the Anglo-Swiss Condensed Milk Co – a Page brothers’ strategy deliberately chosen to secure market dominance.

HOCHDORF – one of the pioneers in Swiss condensed milk production

In the second half of the 1880s, the condensed milk industry experienced a brief crisis, from which it quickly recovered. From then on, condensed milk enjoyed a significant growth in popularity. It has been one of Switzerland's most important export goods alongside textiles, embroidery and cheese since the outbreak of World War I. In 1911 there were around 28 (8) companies producing condensed milk in Switzerland, including Schweiz. Milchgesellschaft AG, now known as HOCHDORF Swiss Nutrition Ltd. It can be seen as one of the forerunners of industrial milk processing. The company has produced sterilised milk in cans and sweetened and unsweetened condensed milk from 1905 onwards. Other important Swiss companies at that time included the Anglo-Swiss Condensed Milk Co., the Berneralpen Milchgesellschaft in Konolfingen and Nestlé.

History at a glance 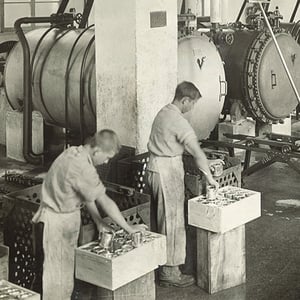 Work in the HOCHDORF factory around 1920 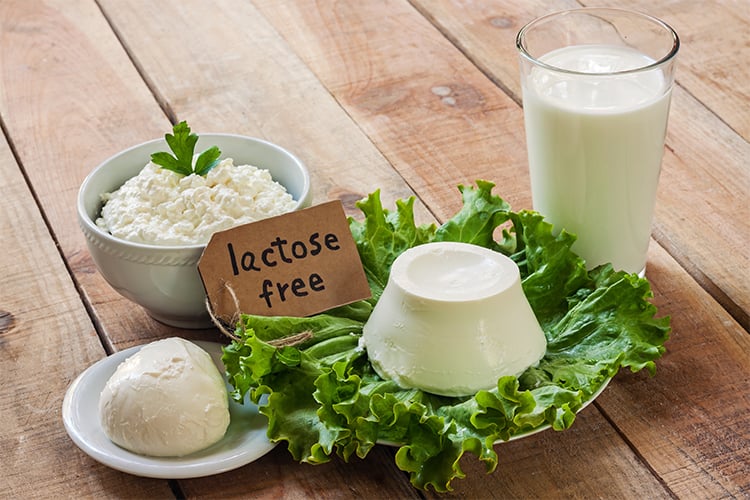 HOCHDORF – the only Swiss provider of lactose-free milk powder